Villa del Monte: Where is the Villa? 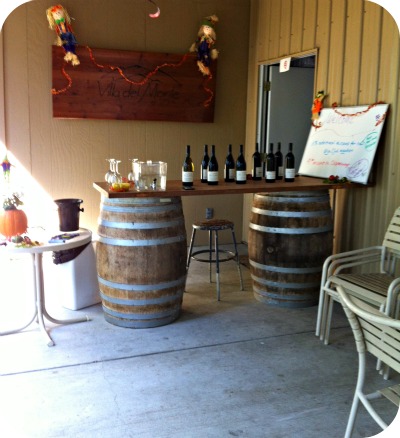 Occasionally, winery visitors ask us about the origin of the winery name, especially since they are greeted at a throwback, downhome tasting room and not a splendid villa.  The winery is named after the nearby Villa del Monte community where both of our winemakers live.  In fact, they met in a neighborhood wine cooperative more than 12 years ago, but that’s another story for another day.  Suffice it to say, they decided to name the winery Villa del Monte as a tribute to their early winemaking roots and to honor the beautiful mountain community where they live.

Folks who live in “The Villa” know that there is, in fact, a villa in The Villa. According to Mountain Network News publisher Neil Wiley, “The community gets its name from a country house built over a two-year period from 1918 to 1920 by a San Francisco stockbroker, Clarence Schmitt. Villa del Monte was a replica of an Italian villa.”  At one time, it had 19 rooms, a bowling alley, a tennis court, and a greenhouse, all surrounded by 365 acres.  Over the years, the land was sold off and 160+ homes were built and the resulting community was named Villa del Monte, loosely translated as House of the Mountain.

We invite you to visit us at the winery.  There is no villa, but we do have splendid wine and a few patio tables and chairs.